Croce, as Julien Ries says, is the primal symbol which reveals a reality, a way of real, a structure of the world and his versatility allows to express different meanings; A perspective is defined through the symbol where heterogeneous elements can be taken altogether. For Christians, the cross is the evoking Sign of historical event which is fundamental in the history of sake: the crucifixion and the death of Jesus Christ on the Calvary. The crucifix carries the mystery of the true icon , the human and divine nature of the true man and true God. It’s the universal symbol which states one another entry of different dimensions of being. The Cross is there, while all around turn to this sign, transcendence and immanency feel in tune, Cross as perfect sign of the relation. “ as artist, to deal with the theme of Cross presents a multiplicity of questions including how to represent the power of this harmonious sign, the form of pure abstract, the man, the extreme instant of leaving and the highest intimacy of leaving. I believe it’s important try to understand how the image means the present time, which language is possible to use so that a message can communicate in today’s world, which forms can be created so that they express a research of sense of man, The reflection of Romano Guardini is still just as relevant today: “ it is not to represent but to live over to experience faith to the believer “. The concern of representation shall then open to the desire of embodyng a sense, to create a coherence between image and dimension of faith of man, to go towards origins of sense . The plastic image of Jesus Christ on the cross was inspired by Giovanni 19,25.30 and by the painting works of spanish masters Francisco de Zurbaran and Diego Velasquez. (Raffaella Benetti) 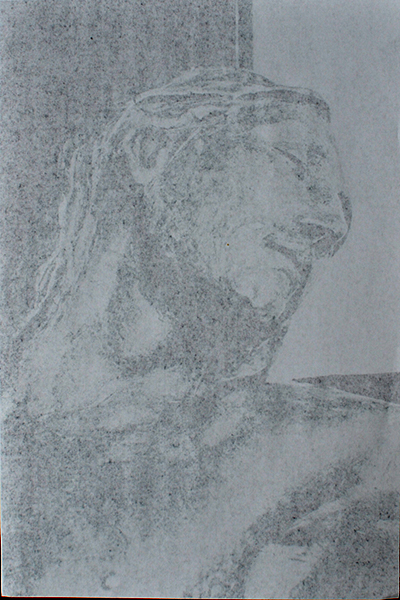 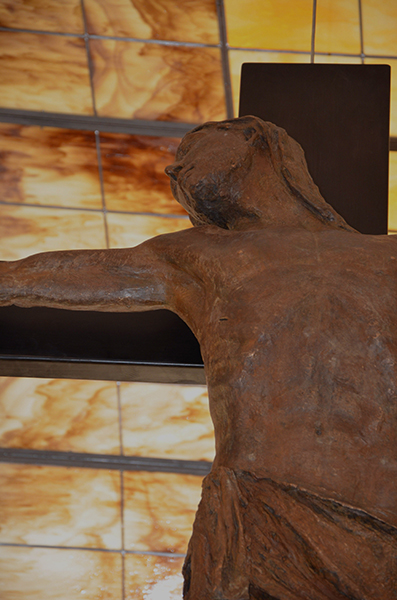 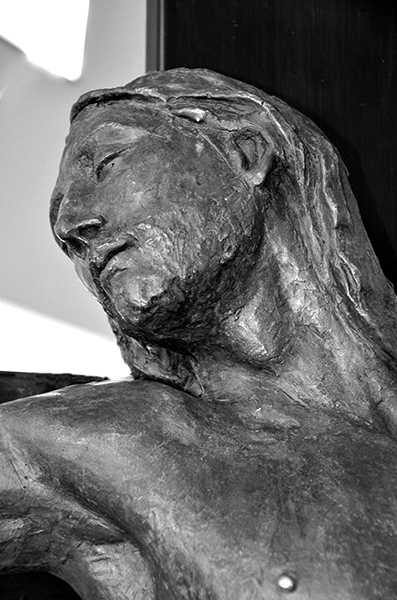 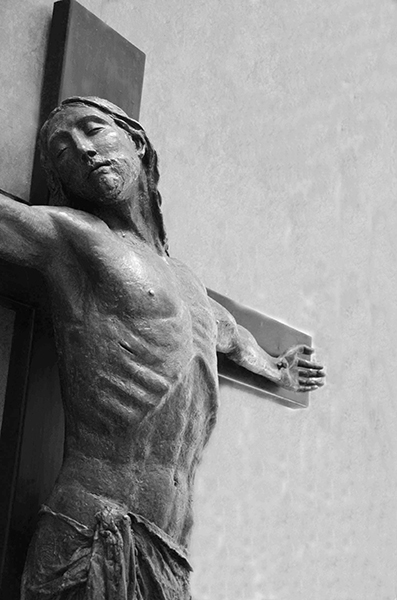 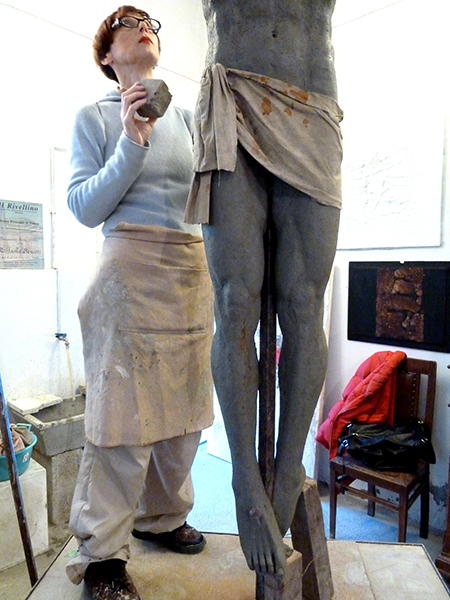 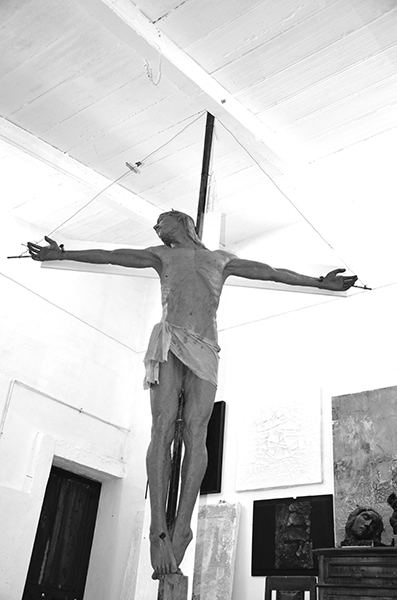